Fifty Favorite Places #22
In 1928, when Nicolo Mazzola opened a bakery at the corner of Henry and Union streets in what was then called South Brooklyn, the neighborhood was well into its transition from Irish to Italian. Both groups were driven by hunger – the potato famine, the almost feudal poverty of the Mezzogiorno – and drawn by the lure of jobs along Brooklyn’s developing waterfront. Today, the area has been re-dubbed Carroll Gardens, and it’s pretty thoroughly gentrified. Judging by what one sees and hears on the street, intimidatingly stylish and attractive young families from France are now the biggest immigrant group. But traces of older waves remain. There are the fig trees brought as seedlings from Sicily or Campania, replanted in Brooklyn gardens, wrapped and coddled through half a century of harsh winters, and still bearing fruit today. There are old school barber shops and funeral homes with unmistakably Italian names. There’s the Cittadini Molesi social club, the last of its kind. There’s the church where Al Capone was married. There are front yards like the one pictured below.

And there’s Mazzola Bakery – still in its original location and still family-owned, though since 1980 that family has not been the Mazzolas but the Caravellos.

END_OF_DOCUMENT_TOKEN_TO_BE_REPLACED 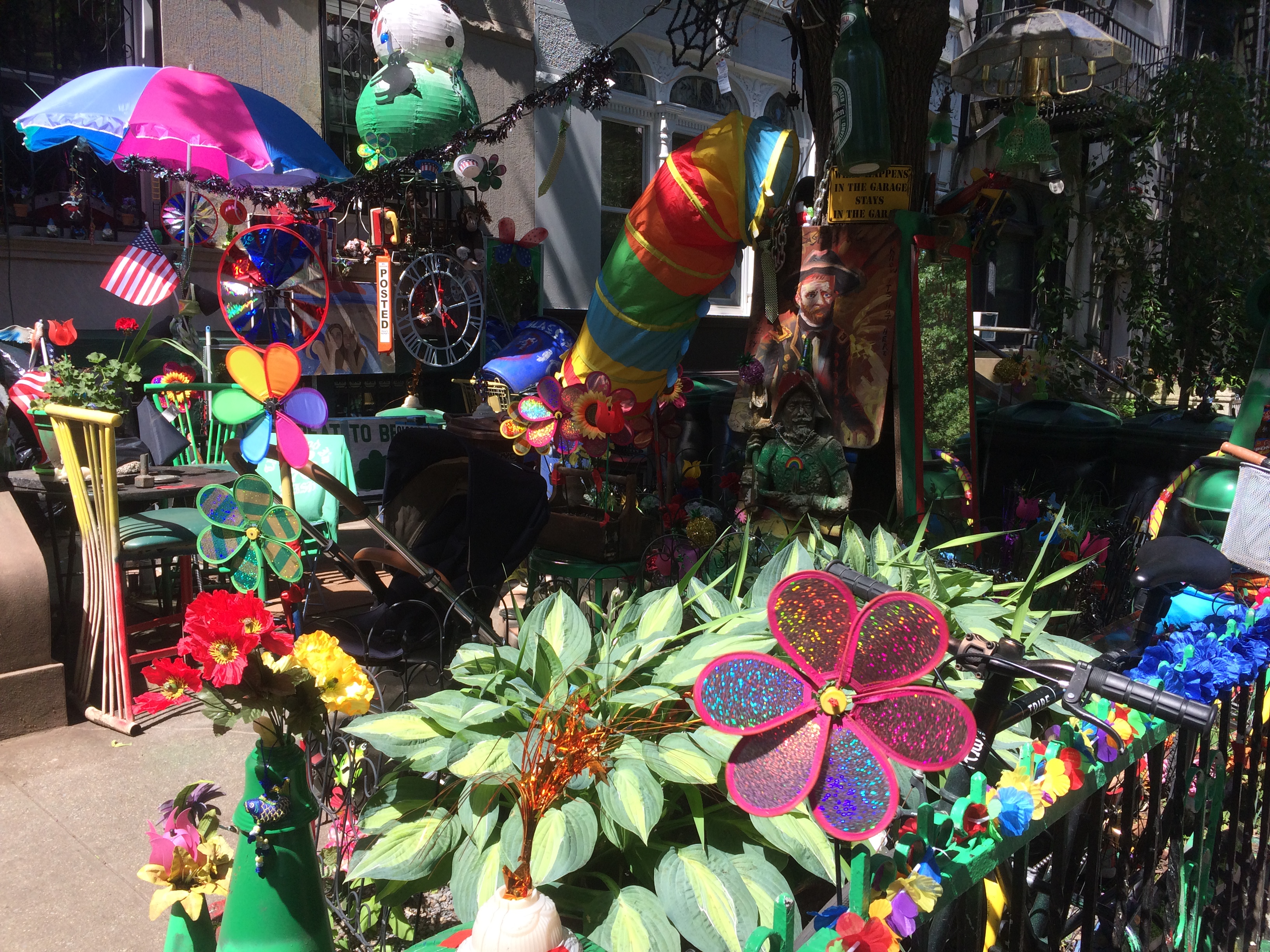 Okay, so it’s not a “place,” exactly. It’s many places, scattered across the borough. Perhaps it’s better described as a style, a statement, even a culture. But the creative things that Brooklynites do with their tiny front yards deserve a shout out. For instance, I’m not sure why the folks in the Park Slope building depicted at the top of this post turned their yard into an amusement park, but I’m glad they did. If I had the ability to embed video, you’d see those sparkly rainbow pinwheels spinning wildly and it would be guaranteed to make you smile.

In fact, many tiny Brooklyn yards seem calculated to make you smile, like the one below, in the Gowanus section. (“They must be Italian!” was the reaction of an Italian-Canadian friend.) 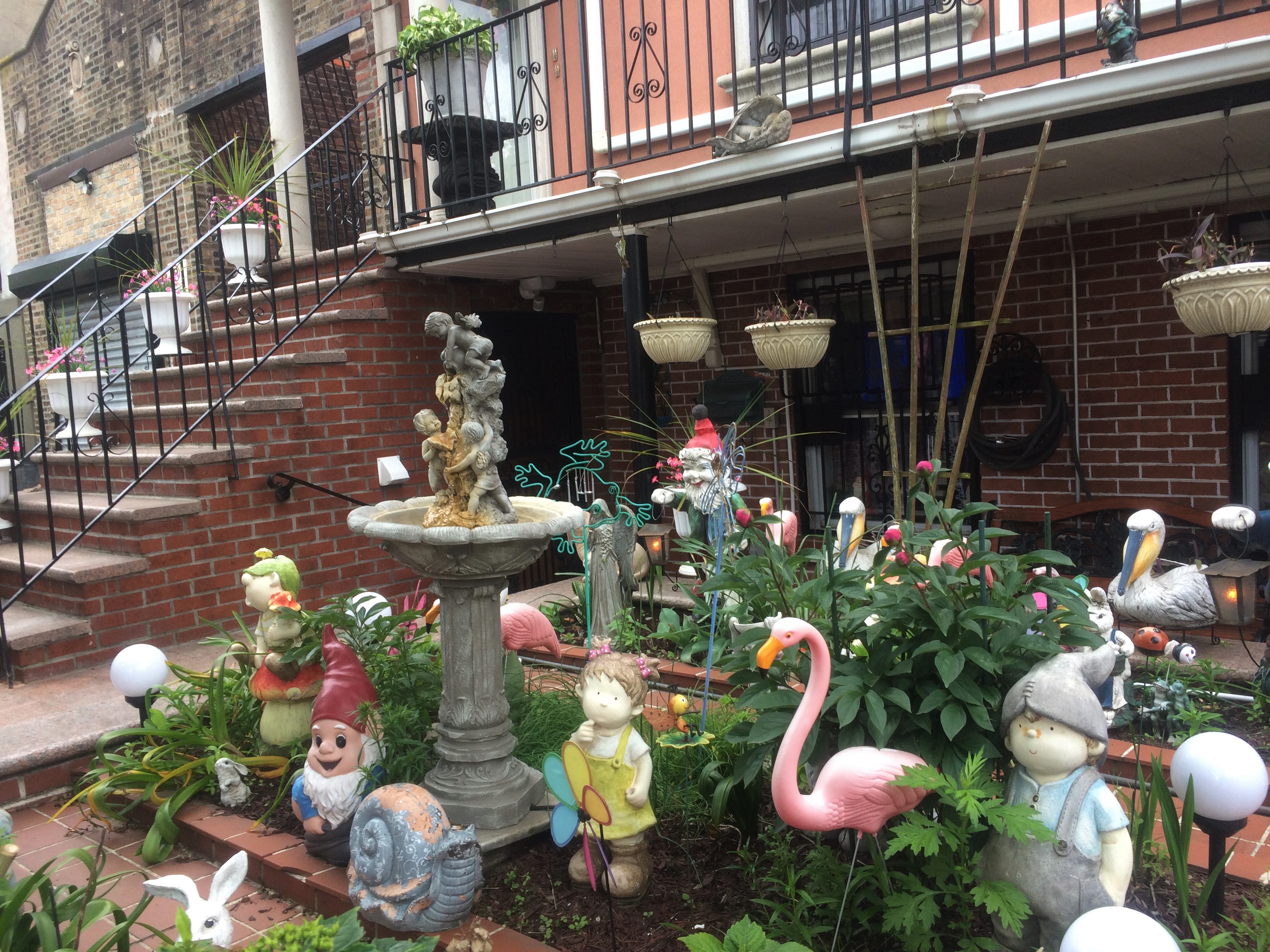