I saw lots of birds last year. Seriously, lots. To be precise, I observed 470 species worldwide (which, last year, meant the U.S., Mexico and Spain), and 380 in the U.S. alone. Rattling off these numbers makes me feel a little sheepish. I know that listing is silly, even a bit tacky. It’s much cooler to ignore those totals that eBird makes so easy to track, and simply enjoy the birds you’re lucky enough to see.

On the other hand, reviewing my list provides a mini-review of my year.  This is the second time I’ve done a “year in birds” post, and both times I’ve been surprised by the intensity of the memories the exercise provoked. END_OF_DOCUMENT_TOKEN_TO_BE_REPLACED

On the other hand, when a resident of Park Slope passes a sweater-wearing tree in Coyoacán, or a co-working space in Sevilla or just about anywhere in Portland, Maine, it’s hard to avoid a sensation of familiarity – appealing, boring, comforting and a little ridiculous, all at once – followed by an urge to walk faster, even flee, guilty by association. I wonder if the quality of “Brooklyn-ness” hasn’t become a planet-devouring blob, no less imperialist for its good intentions, no less homogenizing for its quirkiness. This decade’s Golden Arches, packed with probiotics and infused with CBD.

It was this on-the-one/on-the-other handedness that had kept me from visiting Austin until recently. END_OF_DOCUMENT_TOKEN_TO_BE_REPLACED 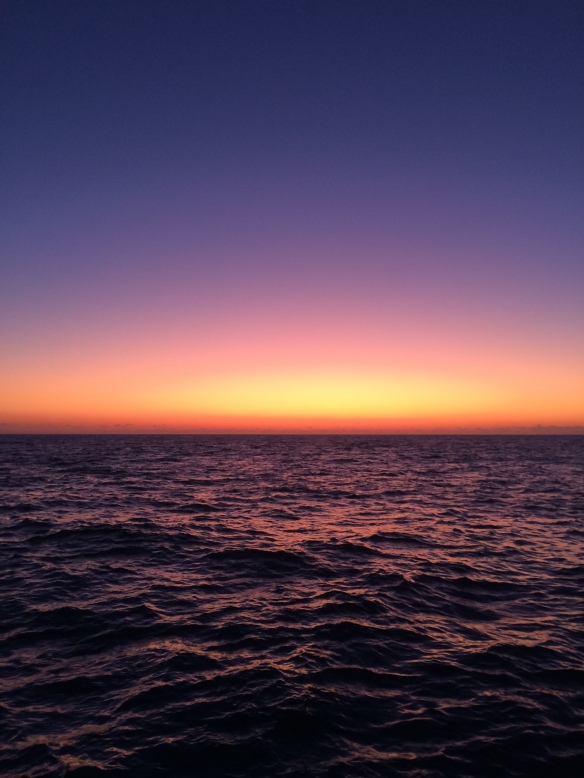 Sunday morning, I woke up at sea, having spent the night in a sleeping bag on the upper deck of a 110-foot fishing boat, looking up at the stars. It was still dark when I decided to quit pretending to sleep, and a thin mist enveloped the deck. I could make out dark waves, a few figures – sleepless, like me, or on duty, performing various nautical tasks – and the ghostly pale railings of the boat.

The queasiness hit as soon as I sat up. END_OF_DOCUMENT_TOKEN_TO_BE_REPLACED

The Biggest Week in American Birding takes place each year in the flat, marshy expanses of northwest Ohio. That’s where I grew up, where I fell hard for a singing house wren, and where millions of birds and I return each May – the birds as a quick stop on the way to their summer breeding grounds, me for Mother’s Day.

Until very recently, I was unaware that the Biggest Week in American Birding was going on during those May visits. I’d bird from the back deck of my parents’ house, which was gradually falling apart around them, or in nearby parks. Occasionally I’d meet warbler aficionados who’d traveled long distances to look at birds in the Toledo area. That surprised me a little; it surprised my parents even more. “They must have meant Oregon, Ohio,” my mother stated decisively of the Oregon couple I’d met at Sidecut Metropark and was describing to her. “Not the state of Oregon. Why would anyone come here from there?” END_OF_DOCUMENT_TOKEN_TO_BE_REPLACED

Okay, Portland, Maine: you and your wood-roasted beans win the  hipster coffee throw-down.

You place well in the doughnut competition, too, with your potato-based Holy Donut (especially the maple-glazed ones, with or without bacon). END_OF_DOCUMENT_TOKEN_TO_BE_REPLACED

The Brooklyn Half memorializes its entrants

So what happened this year? My lack of excitement was matched only by my lack of preparation. I was running, because, well, that’s what I do – but honestly, I would really have rather spent the morning birding.

In the end, I did a bit of both. END_OF_DOCUMENT_TOKEN_TO_BE_REPLACED

I’m in northwest Ohio this week for the “Biggest Week in American Birding,” returning to the streets and landscapes of my childhood to watch thousands of birds make their own journey north. I’ll have more to say about my trip in a post-to-come.

In the meantime, here’s a series of poignant, hopeful murals that make the connection between the migrations of birds and people. They’ve adorned the exterior of P.S. 24 in Sunset Park for years now, and while time has worn and faded them, they’re still beautiful. 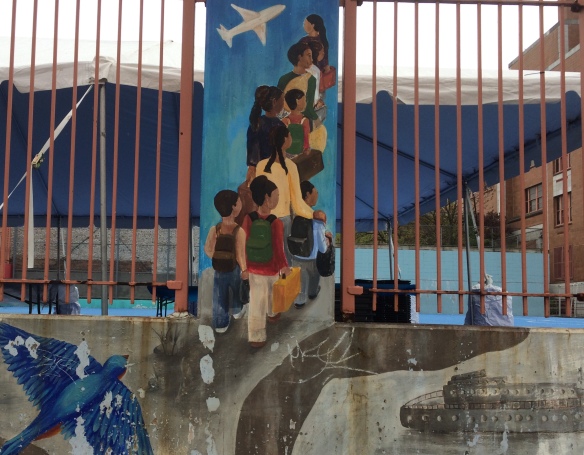 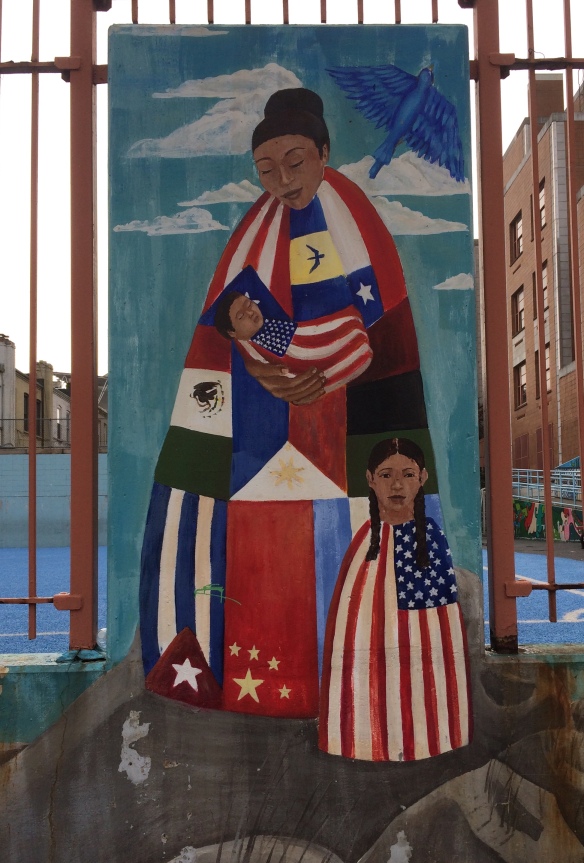 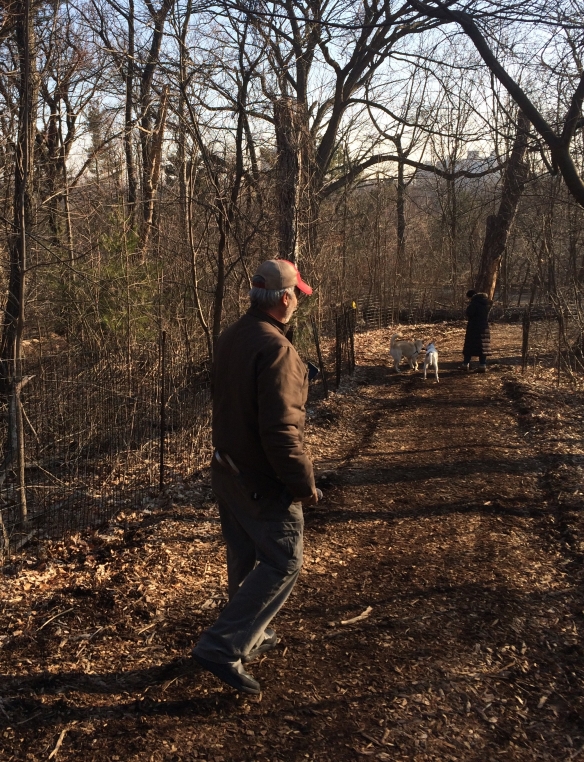 Spring has sprung, the trails in Prospect Park are clear of snow, daffodils are beginning to bloom, phoebes and kinglets are back . . . filling me with weariness as I look ahead to more encounters with the owners of off-leash dogs. END_OF_DOCUMENT_TOKEN_TO_BE_REPLACED 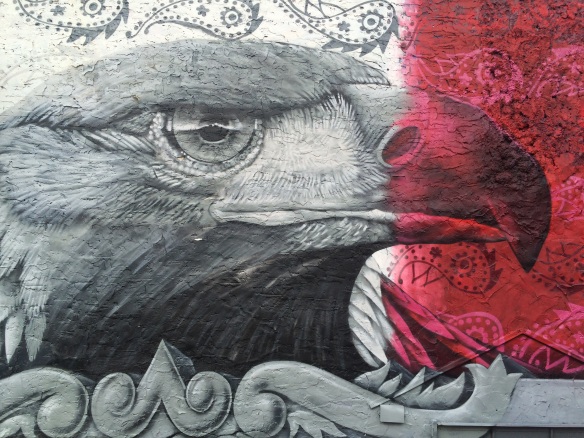 The most reliable place to see eagles in Brooklyn? The walls and shutters of Sunset Park.

There’s something special about urban raptors. To catch a glimpse of a soaring turkey vulture from the F train, to see a peregrine falcon in a high-speed dive, or to watch red-tailed hawks perch on a fire escape is to be reminded that there’s an older, fiercer, wilder city within the city. END_OF_DOCUMENT_TOKEN_TO_BE_REPLACED

For you non-birders, “corvids” refers to members of the family Corvidae, which includes jays, magpies, crows and ravens. They’re smart and playful, often raucous, and you can find them in the most urban of environments. Blue jays gather in scrawny street trees; crows patrol city streets; and ravens, the wildest of them all, are presumed to nest on the roofs of old warehouses and factories along the South Brooklyn waterfront. (As far as I know, no one has actually discovered our ravens’ nest location, which is probably for the best. Let the mystery be.)

END_OF_DOCUMENT_TOKEN_TO_BE_REPLACED

Not another Brooklyn blog
Create a free website or blog at WordPress.com.