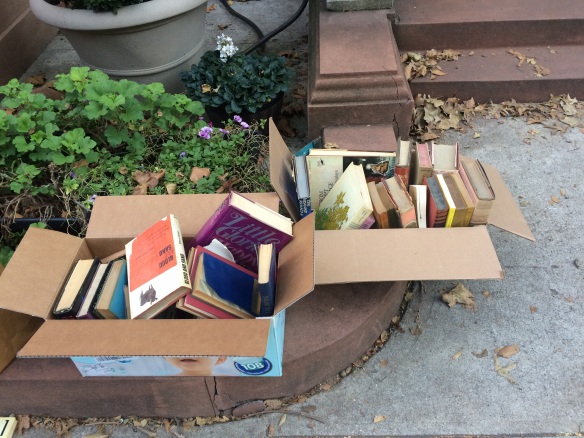 It’s easy to make fun of Park Slope and its earnest, politically-correct, kombucha-guzzling denizens. There are the bars that offer special happy hours for new mothers (“have a pint with your half pint”); the stroller traffic jams; the antics of the Park Slope Food Coop, dutifully reported in the Linewaiters’ Gazette; and kale, kale, kale, everywhere you turn, in places kale has no business being.

It’s easy to mock, and mock it I do (just ask Eric) – but I also love this neighborhood. There’s a genuine sense of community here, from the signs that appeared in the window of our corner bodega after the strike by Yemeni store owners, to the 5th street neighbors who joined together to help a homeless man living in his car on their block.

And there’s the custom of stoop recycling.

All year long, but especially in the nicer months, Park Slopians leave slightly-used belongings out on their front steps for any and all to help themselves. Books are a big item (including, in a nod to the literary pursuits of a nontrivial number of residents, pre-publication proofs), but so are clothes, furniture, artwork, kitchenware and sundries. Over the years I’ve scored some great novels, a passel of cookbooks, a pair of wall sconces, four only slightly chipped mid-century modern dinner plates (Red Wing’s Capistrano pattern!), and a chef’s jacket – among other things.

But this arrangement of items, seen on Sixth Avenue last week (I was lugging a reusable bag of groceries home from the food coop), was especially nice. Kudos to whoever’s stoop this is. 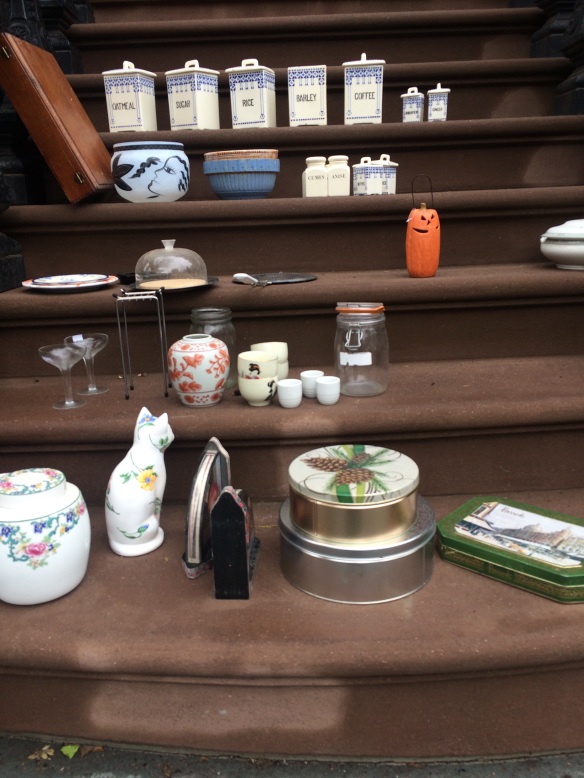